How To Vlog With a iPhone – How Can You Make or Shoot Film?

Do you have decided to start vlogging? People generally vlog in two ways. Either they use a camera to vlog or a phone. The former is expensive and much more challenging to do than the latter.

Vlogging on your phone is beneficial in many ways, as you most definitely have a phone with a camera at your dispense. You can pick it up any time and start shooting.

Below we will discuss some things that you should keep in your mind if you are thinking of starting vlogging from your phone. It’ll take some time to learn them, and keep them in your mind daily as you shoot your vlogs. So practice as much as you can out there shooting videos to be the next Casey Neistat.

How To Vlog With a iPhone Step by Step:

The best thing you could do to get the best results is to prepare your phone for extensive video shooting when you start to vlog. One major problem you would constantly run into is the shortage of storage space.

Videos usually take up lots of storage space, so be mindful of this problem. Instead, try to constantly copy videos to another storage device like a laptop or an external hard disk. Copying the videos will give you some free space to shoot more videos.

Another way you could solve this problem is by changing the video settings. Go to your video settings in your camera app on your phone. Change the shooting quality to 1080p 30 fps from 4k 60 fps.

4k 60 fps videos are extremely heavy and take up lots of space. Shooting at 1080p 30 fps will give you more space on your phone to shoot even more videos.

Constantly using the camera app to shoot videos from your phone will drain your battery life fast. Instead, try to have a fully charged phone when you want to vlog and shoot some videos.

You could also have a power bank with you to charge your phone no matter where you are at any time and start shooting some banger shots again.

When you start filming yourself from your phone to make a vlog, always shoot in landscape orientation. If you shoot in portrait orientation, then the video would not fit properly to the screen when you post it on Youtube or some platform like that. The video would have black bars on both sides, which would not look good. 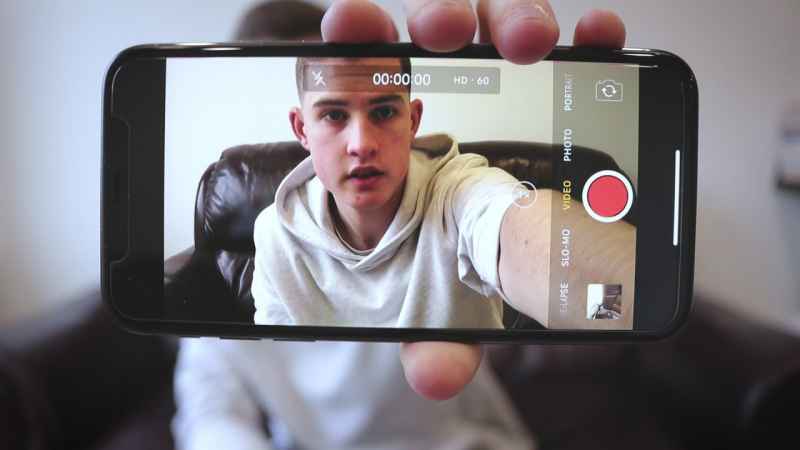 Try shooting in landscape because all of the screens would be covered by the video when you upload the vlog.

Lighting makes all the difference. The intensity of light and the placement matter. If you are going to be vlogging outdoors a lot, you would be in natural light. Try not to shoot in highly harsh lighting.

You might want to shoot a shot where you are sitting somewhere talking directly to the camera, which is placed somewhere fixed and is indoors; then, you would need other lighting sources.

For example, if you have a lamp, put it at an angle and cover the bulb with a diffusing material such as tissue paper. The tissue paper will diffuse the light, and it won’t be so harsh anymore.

Video editing is an integral part of vlogging. If you plan to make a vlog a day, you will spend your nights editing the vlog to post it daily. The amount of time you spend shooting the vlog and the amount of time you spend editing will be equal, if not more. Editing is a lengthy process, and it takes time to learn it so that you can edit a vlog that is pleasing and fun to watch.

There are multiple video editing apps on phones which you can use for free. The best video on Iphone in Imovie. As an Android user, you can use apps like Inshot or CapCut. These apps are easy to use compared to editing on professional softwares on computers. They are easy but still take some time to learn.

Watch some basic tutorials on YouTube to learn some basic editing. Basic editing includes cutting and compiling videos, adding music in the back, and adding text. If you can edit some basic stuff efficiently, then you are good to go to make a vlog.

To take your level up a notch, consider editing on a laptop on softwares like Wondershare Filmora or Adobe Premiere Pro. You have greater creative flexibility in these softwares as you can add elements like warp stabilizer, color grading, and many other effects.

You might not make a good vlog on your first attempt, but that is ok. You might make hundreds of mistakes, but that is normal. Your purpose is to create a vlog.

The benefit of making a vlog is that if it is not good, you can always see the mistakes you made by watching the vlog repeatedly. 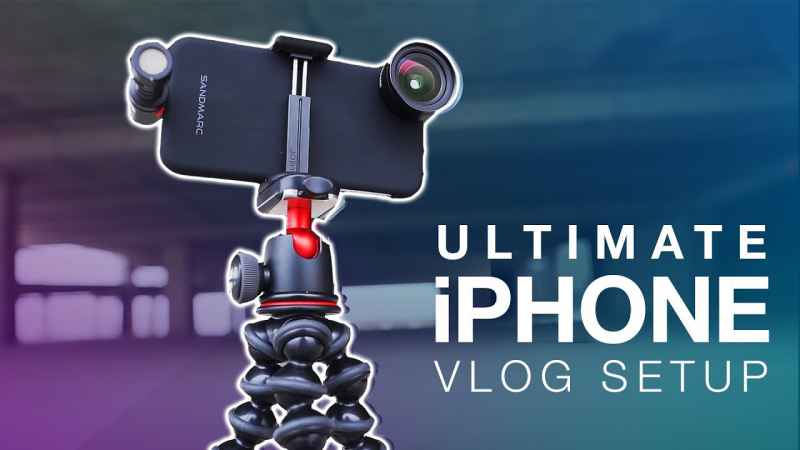 Write down the factors you want to improve on and fix them whenever you make. After many attempts, you will see drastic improvements from the ones you made early on in your journey.

Be sure to watch the best vloggers out there to learn from them. They are publicly acclaimed because they make stuff that entertains people. So try to make interesting and entertaining videos. After all, the whole purpose is to have fun.

This article went over essential tips you should have in mind when you start to vlog with a phone. You should start by preparing your phone. First, clean up your phone’s memory and take full charge while shooting the vlog.

Second, always shoot in landscape orientation to utilize the whole screen properly. Third, lighting matters more than you think. Always have the placement of the light source in your mind while shooting the videos.

Finally, learn some basic video editing, an essential part of vlogging. These tips will help you shoot your very first vlog. So get out there and start.