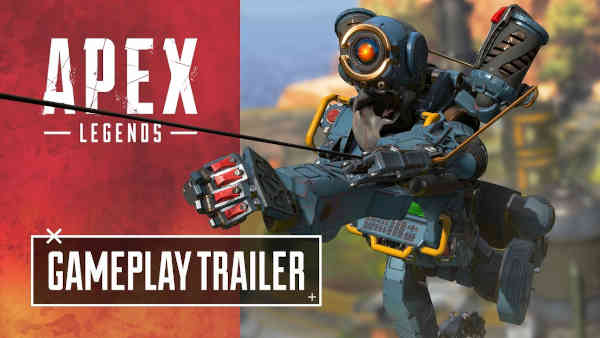 No one quite knew what to make of Apex Legends when it was stealth released back on February 2020, on the same day as its announcement. But shortly thereafter, it took the digital world by storm.

Going after the battle royale crown is a truly challenging conceit, but with a focus on strong gameplay and fluid controls, Apex Legends has quickly risen to the top of the pack, especially in the category of first-person shooters.

The premise is simple: 20 teams of three drop from a ship and land, picking up randomly-generated loot as an ever-enclosing ring of death surrounds them. The goal is even simpler: survive, and win. Where the game shines is in its unique convergence of genres.

It’s hero shooter (see: Overwatch) meets battle royale (see: Fortnite), so while it features a diverse assortment of guns and character abilities, how you use them depends on your place in line … waiting for death. After all, only one team comes out on top.

The fast-paced, smooth movement system propelling you forward — sometimes quite literally — through the game’s great, expansive King’s Canyon map is the icing on the cake.

It’s a testament to the craft involved that the game never at all gets boring, and to the shooter heavyweights at Apex Legends (and formerly Titanfall, Titanfall 2) developer Respawn, that everything plays almost without a hitch. For a purely visceral first-person battle royale experience, you absolutely can’t go wrong with Apex Legends.

Apex Legends is one of many games on this list that are also great for your PC. Check out our selection of other fantastic first-person shooters for PC here. 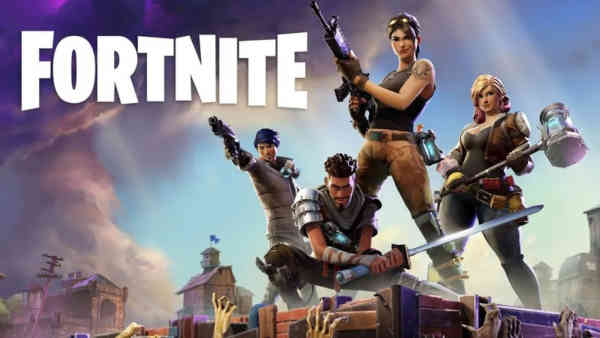 If you are itching more for a third-person battle royale experience, then turn your head to the most popular video game in the world right now: Epic Games’ Fortnite. While its premise is ubiquitous, after playing it you’ll understand why. The creativity and freedom it encourages lead to a boatload of fun, no matter how many times you queue up a new game.

Setting the template for what a battle royale game really could be, Fortnite is fundamentally rocking solid. Its main value proposition is the flow of frequent updates, with everything from game modes, new guns, vehicles, and surprise celebrity cameo appearances touching down weekly.

Strong shooting mechanics, unique visuals, and stable gameplay are expected from a game of its popularity, and Fortnite delivers on all fronts.

What sets it apart from other games in the genre is its building mechanics, which allow you to break down and reconstruct the environment to your liking. Wood, metal, and stone can be turned into ladders, forts, stairs, traps, and anything else you can come up with.

It’s a gameplay feature that other Battle Royale games have failed to match, and one that has been key to Fortnite’s massive success. The fact that this is all free-to-play certainly helps, too. Download now through the Playstation Network and give it a try, if you haven’t already.

Still can’t decide on what you want? Our round-up of the best PlayStation 4 games can help you find what you’re looking for. 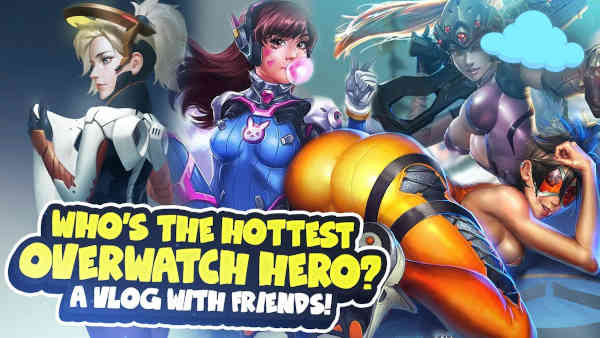 Overwatch was officially released to the public about three years ago … although people have been playing it for longer than even that. First soft-launched (in closed beta) in 2015, Overwatch has been a mainstay of the current generation of consoles for quite a while now.

And Blizzard, no stranger to supporting a game long into its life cycle, has felt no need to ever stop releasing new content, characters, and modes for Overwatch.

Now, some years later, the amount of pure content available to you within Overwatch is staggering. Still a multiplayer team-based shooter at its core, Overwatch now boasts an impressive amount of content for players to experience: dozens of maps, over thirty characters, and seven distinct modes, to name some.

Even better? More content is still arriving at a steady pace for the game, and all of it is completely free to everyone. With so much to explore, it’s no wonder Overwatch remains one of the most popular shooters ever made. 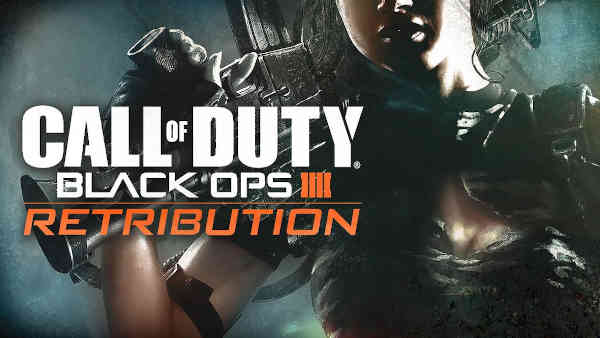 Variety is the name of the game when it comes to Call of Duty: Black Ops IIII. Even with the developers at Treyarch foregoing a standalone campaign with the latest installment of their flagship franchise, you won’t be longing for content. There’s enough to see, play, customize, unlock, explore, and share to keep you going for years. And that’s before all the downloadable content in the pipeline.

Of course, there’s the flagship multiplayer mode, which is as polished and fun as ever. New additions this time around include predictive recoil and a specially enhanced ballistics mode, in addition to the change in the franchise’s standard regenerative health for a manual healing system.

All these additions make for a more rewarding, engrossing experience. Combined with the return of the Black Ops series mainstay “Zombies” mode, and a full-fledged battle royale mode called “Blackout,” there’s more here than ever before for a Call of Duty title.

Black Ops IIII made it onto our list of the best Xbox One shooters if you’re in the market for even more to play. 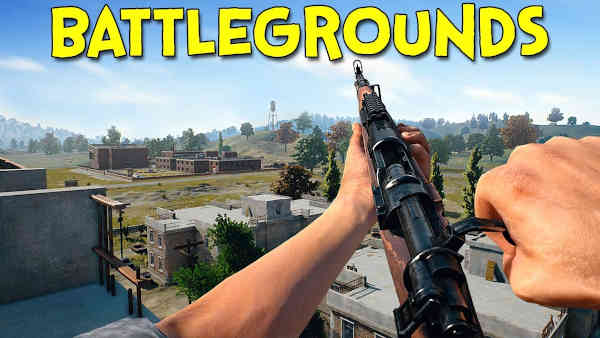 There’s a battle royale game for everyone, it seems, what with Fortnite’s more cartoony third-person aesthetic and Apex Legend’s fast-paced, sci-fi trappings. But for those looking for something more traditional, you don’t have to look much further than the granddaddy of the genre itself: PlayerUnknown’s Battlegrounds (PUBG). Launched in early access in March 2017, PUBG set the foundation for the genre.

But while others have moved onto the supernatural, PlayerUnknown’s Battlegrounds sticks to what it knows, with boots-to-the-ground combat, driving, and first-person shooter mechanics.

However, in a genre like this, less is truly more, and the pure visceral experience of playing Pis enhanced by this realistic, no-frills approach. And with the game still being updated with new content, maps, and graphical upgrades frequently, there has never been a better time to jump back into the militaristic world of PUBG. 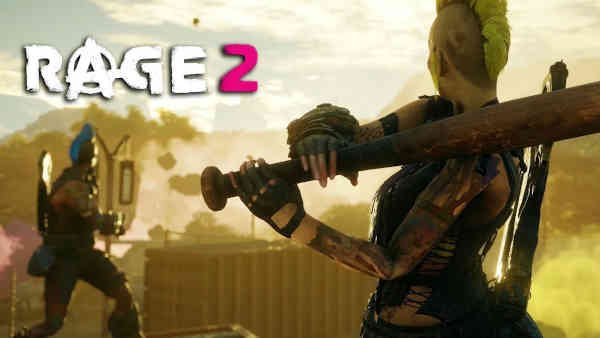 With it is punk rock aesthetic and manic gameplay, Rage 2 has made a big impression on the first-person genre. Developer Id Software’s long-awaited sequel to 2010 original is unlike any other shooter currently on the PlayStation 4.

Its impeccable style gleams and oozes a funky good time, making it stand out amongst the crowd of more drab looking military fare.

In Rage 2, you play as a bespoke ranger who goes by the name Walker, fighting for survival in a world torn apart by an asteroid that ravaged the planet years earlier.

Life is scarce, and what remains of humanity has been mutated into deranged mutants. Armed with telekinesis, not to mention a huge arsenal of weaponry and several vehicles at your side, it’s up to you to keep some sanity in this deadly world.

Demented is denoted that overall correctly encapsulates the expertise of playing Rage 2, the monsters are vulnerable, the abandoned wasteland is in tatters, and the art style is pure neon-infused madness.

But combined with fast-paced, dynamic gunplay and some gorgeous visuals, madness makes for one heck of a fun trip.

Ubisoft took a big swing when it released Far Cry: New Dawn. Unlike the Far Cry games of old, this sequel/spin-off takes place in a nuclear apocalypse following the shocking conclusion of Far Cry 5.

You’re set loose in this new iteration of Hope County, as a character known only as The Captain, on a quest to restore peace and order to the new world. Cults run wild, survivors need your help, and there’s always the occasional mountain lion or bear to fend off while completing side quests and collecting missions.

Unlike most other games that take place amid nuclear fallout, the world of Far Cry: New Dawn is not a bleak and grey one. The natural environment of the world is thriving after the initial fallout, with new types of flowers and vegetation springing up all over the place.

And with the game’s huge open-world at your disposal, you’ll have plenty of time to explore every nook-and-cranny of the new Hope County as you work your way through the game’s various collection of criminal bandits, crazed cultist, and everything in between.

There are so many great open-world games for the PS4, and you can check out more with our handy list. 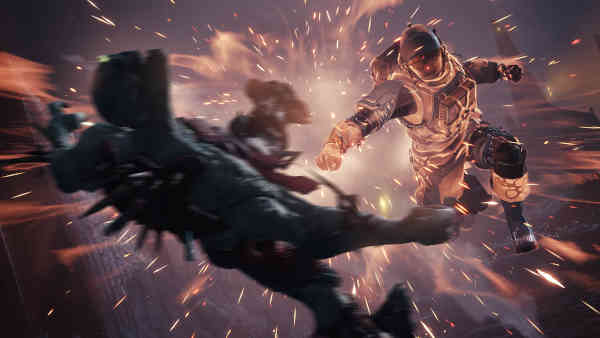 The sequel to the loot-driven phenomenon Destiny, Bungie’s Destiny 2 once again throws you into a massive world of missions, weapons, and sci-fi cosmic enemies. Set in our solar system, your fireteam of three teammates quest to defend the last colony of Earthlings from evil alien menaces.

Building off the “shared universe” concept of the original game, you have the option to play the game completely PvE (player versus the environment) or PvP (player versus player), with both modes serving as a vehicle to reflexive gun handling and innovative RPG elements.

However, the game truly shines the most in the PvE scenarios, in which you get to team up online with up to five other players to perform various missions and raids.

Traversing the world of Destiny with some buddies, shooting and looting your way through the game’s dozens of co-op enabled strike missions, making for a compelling experience based on teamwork instead of twitch reactions or grinding.

And with so much to look forward to, like the game’s next big expansion Shadowkeep, there’s never been a better time to jump into Destiny 2. Check out our other reviews of the best multiplayer PS4 games available on the market today.

The breadth of shooters available on the PlayStation 4 aren’t just all gloomy, self-serious military simulators and mature shoot ‘em ups, or shmups. And for something a little more fantastical and kid-friendly, you can’t go wrong with Plants vs. Zombies: Garden Warfare 2.

A sequel to the original third-person shooter and a spin-off overall of the timeless Plants vs Zombies free-to-play mobile game, Garden Warfare 2 ups the ante from the previous entry in the franchise by adding new modes like Graveyard Ops, a Zombie-helmed take on the original’s Garden Ops, and Herbal Assault, which sees the zombies defending their base from a besieging horde of plants.

Of course, the core of the game remains largely the same. As the title suggests, its Plants vs. Zombies in but this time a fully-fledged, 24 player online combat simulator. The abilities and shooting mechanics are surprisingly deep for a game of this type – even with it being very much appropriate for kids, there’s a little something for everybody in this cute, inventive shooter.

Take a peek at some of the other best PlayStation 4 kids’ games you can buy.

Our writers spent 100 hours researching the most popular PS4 shooting Games on the market. Before making their ultimate support, they recognized 40 various PS4 shooting Games overall, screened choices from 30 different brands and manufacturers, read over 50 user reviews (both positive and negative) and tested 5 of the PS4 shooters themselves. All of this inquiry sums up to guide you can believe.

What To Watch For In A PS4 Shooting Games

Free online many players: You see for a PS4 shooting game that operates online without PS Plus if you don’t support to Sony’s premium online gaming service. Most PS4 games need an active subscription if you want to take them online, but some great options let you play with, and against, your friends for free.

Virtual reality: If you have PlayStation VR, then you have to examine out some of the famous PS4 shooting games that are produced to work with Sony’s virtual reality headset. You playing a first-person shooter in virtual actuality is a game-changing practice, and you can seize a PSVR Aim Controller for even more immersive expertise.

Open world: Greatest shooters are attractive straight in their battles, and multiplayer matches take place on relatively limited maps. If you want a break from that type of shooter, look for one that’s built on an open world, where you have a ton of freedom to go where you want and shoot what you want, on your own time.